Will Your Dropped DUI in Virginia Be Your Last?

You are here: Home / General Information / Will Your Dropped DUI in Virginia Be Your Last?
September 11, 2015 by Editorial Staff 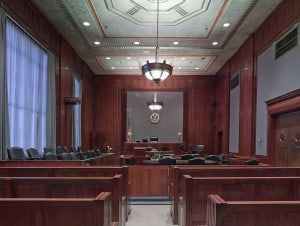 Let’s just say that you recently were arrested for a DUI in Virginia. You’ve enrolled in the VASAP (Virginia Alcohol Safety Action Program) before your court date, so that when you get your restricted license, you can go ahead and install a car breathalyzer or ignition interlock. You’ve taken all of the steps you can before you head into court, you’re ready to face the judge and then you get the call that your Virginia DUI was dropped.

You probably feel pretty lucky. But, maybe you shouldn’t go out and celebrate your “brush with the law” just yet.

If your DUI is dropped in Virginia, you will be able to get your license back and drive again. But, you have a pretty clear indication that your choice to drink and drive got you into some serious trouble. Had you been prosecuted and convicted, you would have faced some strict consequences, including a mandatory ignition interlock requirement, court fines and completion of the VASAP. That’s because you drove under the influence of alcohol and were caught. Your dropped DUI doesn’t mean you’ll be that lucky in the future. It is more of a moment to see where you need to change your ways, before someone gets hurt.

You have to think that while your DUI may have not been as “serious” as those we read about in the news, you’re heading down that same dangerous and deadly road. The next time you drink and drive, a DUI conviction could be the least of your worries… and those types of DUIs are never “dropped” or forgotten. Today, you may feel lucky that your DUI in Virginia has been dropped, but the hard work is still ahead of you and everyone is counting on you to make the right decisions for the rest of your life.