When Wisconsin Asks Why it Needs Ignition Interlock Laws, Tell Them This:

You are here: Home / Laws / When Wisconsin Asks Why it Needs Ignition Interlock Laws, Tell Them This:
February 5, 2016 by Editorial Staff 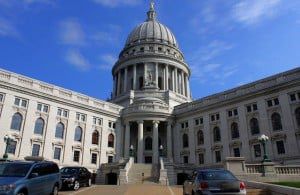 Ignition interlock devices are a hot topic for debate, especially in Wisconsin. With the “beer culture” vibe of the state (many first-offense OWIs are treated as traffic violations), the restriction of an interlock can be culture-shocking. Wisconsin has a point: most OWI offenders have only driven under the influence of alcohol an estimated 80 times prior to their conviction. An ignition interlock device cannot do much until that person is caught, and if the OWI didn’t cause any harm, the offender will surely learn their lesson and drive responsibly from that point on.

Unfortunately, that’s not how it works in Wisconsin, or in any other state, really. That’s also why more states are adopting first-offense ignition interlock requirements for all drunk drivers.

In cases like this woman who was recently arrested for her third OWI in Wisconsin, a strict ignition interlock law could have stopped her before she had a chance to steal that police cruiser. Because not only do interlocks prevent drunk driving, but they help drunk drivers learn better habits with alcohol and driving that last after the device is removed.

Fortunately, Wisconsin may soon see changes to its OWI laws and ignition interlock policies. With the success of all-offender interlock programs in states like Virginia, New York and  Colorado, Wisconsin has a chance to save lives and keep the streets safe, while still enjoying the vibrant “beer culture” we’ve all come to appreciate.

Do This, Not That, This Super Bowl Sunday!
Next Post: Jail Time and Virginia’s Habitual DUI Offenders