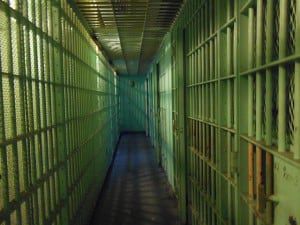 A DUI in Virginia is a big deal. Even a first-offense drunk driving conviction means you have to pay fines and court costs, enroll in the Virginia Alcohol Safety Action Program (VASAP) and that you’ll have a car breathalyzer or ignition interlock requirement. All of that because you jumped behind the wheel of your car without really considering how intoxicated you were. Fortunately, that was your only brush with Virginia’s DUI laws, and you’re already on the other side of your conviction, with those hard lessons learned.

For others, the post-DUI path may not be as clear and there is a struggle to keep a healthy relationship with alcohol. In Virginia, after three DUI convictions, you could be named a habitual DUI offender, and with that, you are probably looking at some jail time.

A habitual DUI offender determination occurs after the third DUI you receive in a 10-year period. As a habitual DUI offender in Virginia, you are no longer allowed to drive – neither your own vehicle or one that belongs to a friend, family member, employer, rental agency, etc. If you drive illegally after being labeled a habitual DUI offender, you will go to jail. Depending on how many times you are caught driving illegally, you could be spending up to five years in a state prison.

That’s where Virginia’s DUI laws and ignition interlock requirement could help turn things around, before it is too late. VASAP and your ignition interlock give you a way to make up for your drunk driving mistake while allowing you your freedom to keep your affairs in order. You can still work, have fun with family and friends and take care of business. All that Virginia asks, in return, is that you use that tool to prove your sobriety when driving.

A first-offense DUI can be your chance to turn your life around before you are labeled a habitual offender and have to face those penalties. With an ignition interlock, there is no “habitual” DUI problem, just a sober driver making up for a mistake and moving on with a responsible, healthy life.