Which is Worse: an Oklahoma DUI or DWI? 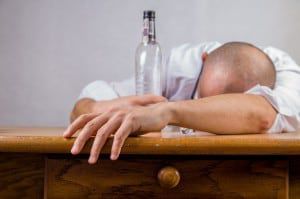 Most people understand that drinking and driving is dangerous, and that there is a legal blood alcohol concentration (BAC) limit that will quickly determine just how much trouble is ahead. Oklahoma not only has laws that will penalize you for driving under the influence (DUI), but, there are also consequences for driving while intoxicated (DWI) in the state. The difference between the two comes down to one factor: that BAC level that is making you a danger on the roads.

If you test at a BAC level of .08 percent or higher, you will be charged with a DUI in Oklahoma. For your first offense, if convicted, you’ll face jail time, fines and a suspended license. At .15 percent BAC, you will be required to install and maintain a car breathalyzer or an ignition interlock device, as well. If it is your second drunk driving offense, you will also have a felony record upon conviction.

If your BAC is less than .08 percent, you will be charged with a DWI instead of a DUI. At .05 percent BAC, you’ve got a “buzz” going on, and you’re probably driving erratically or unsafely. Oklahoma DUI law considers this dangerous, and you will face penalties similar to a DUI. Plus, the DWI will count in your total alcohol-related traffic offenses, as well as any administrative actions taken by the Oklahoma Department of Public Safety (DPS).

Your BAC is the key to safe driving, and even one drink can make you a risky driver on the road. Alcohol and driving don’t mix, and when you drive under the influence, you get to see just how serious Oklahoma is about cleaning up its roads and limiting the freedom of drunk drivers. A DWI isn’t any better than a DUI, and both are easily avoided by just skipping the drive home and having a plan for a safe ride instead.