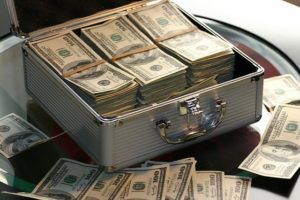 The year is 2016. We don’t have flying cars yet, nor are hover boards happening – at least not exactly as promised. Instead, we have a more pragmatic approach to our transportation needs, including the rising presence of rideshare services like Uber and Lyft to get us from point A to point B. Perhaps one of the biggest reasons those services have become even better than flying cars is that an intoxicated person doesn’t have to worry about how they’re getting home. That $18 Uber just saved someone from facing the legendary “$10K Ride,” which, to be honest, is now going to cost a lot more.

A DUI can and will cost you $16K or more, including:

Before ignition interlock devices were relied on, a DUI offender had little choice but to rebuild their life the hard way, without the convenience of their own car for transportation.  Now that the devices are so trusted, a DUI offender has the chance to keep their job and paycheck. The device, while part of the $16K Ride helps reduce the “lost wages” effect of a drunk driving conviction. Plus, it keeps the rest of us safe from another lapse in judgement, while an offender gets their life back on track.

A DUI can quickly and easily add up to tens of thousands of dollars, money that could have been spared by having a safe ride home. We may not have hover boards, but we can definitely see the future is a lot less complicated if you skip the DUI, ignition interlock and $16K Ride altogether. Not only is it safer to call that Uber or Lyft, it’s a lot less expensive, too.

Will Wisconsin Try to Expand Ignition Interlock Access Again?
Next Post: How to Avoid a Labor Day DUI »