Is 2017 the Year of Florida Ignition Interlock Devices? 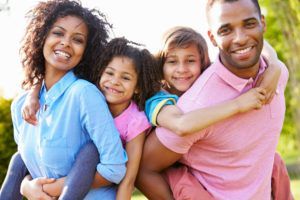 Now that the next legislative session is here, there has been another bill introduced by State senator David Simmons and state representative Cord Byrd (Senate Bill 918 and House Bill 949, respectively) would require that anyone who refuses a police breathalyzer would be immediately subjected to probation and a fine. Those bills also require that all drunk drivers install and maintain a Florida ignition interlock device for at least six months.

When ignition interlock expansion was introduced last year, the Florida Office of Program Policy Analysis & Government Accountability revealed research that claimed repeat DUI offenses were at .34 percent when a Florida ignition interlock was required. Without the device, repeat drunk driving offenses occurred at a rate of 1.74 percent. On top of that, this year we have read studies that indicate ignition interlock devices reduce DUI fatalities by seven to 15 percent across the country.

Ignition interlock devices prevent drunk drivers from repeating their past crimes by disabling a vehicle if alcohol is detected, as well as constantly monitoring the driver while the vehicle is in motion.

With 28 states currently requiring interlocks for all drunk driving offenders, it is clear the devices are a trusted measure to keep streets safe. Oklahoma and Wisconsin are also introducing new bills this year to expand access to interlocks. Hopefully, an all-offender Florida ignition interlock requirement will become a law, allowing the state to join up with the rest of the country that takes any and all drunk driving incidents seriously.

My Friend Has a DUI! What Can I Do?
Next Post: A New Colorado DUI Danger?