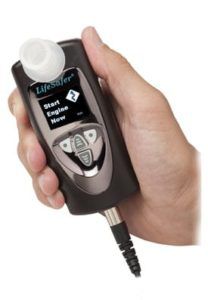 In a perfect world, no one would drink alcohol and drive. DUIs and ignition interlock devices would be the stuff of sci-fi television or scary movies. The world isn’t perfect, as we all well know, and people do drink and drive. People are also hurt by drunk drivers and sometimes killed, which is why we search for better solutions for drunk driving. Like lifetime driver’s license suspensions for drunk drivers.

Logically, taking away a driver’s license makes sense as an anti-drunk driving measure. In a semi-perfect world – one in which people drove drunk but obeyed license suspensions – the lack of a driver’s license would prevent people from taking to the road.

The reality is that a suspended driver’s license doesn’t stop a person from driving.  Driving is so important that suspended drivers can miss vital appointments, or even lose their jobs. So they drive anyway, and get in more trouble when they’re caught driving illegally. In some cases they’ll drive drunk while suspended.

Ignition interlock devices take away an offender’s ability to drink and drive, without fail, and allow that offender the chance to maintain their independence. A lifetime driver’s license suspension may be the most obvious choice, but the reality is that the only way to make sure a person cannot drive while under the influence is to require an ignition interlock device to keep them in check. Because it’s not a perfect world.

Maryland Ignition Interlock Violations
Next Post: How Can Colorado DUI Numbers Get Worse? »