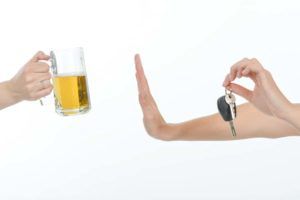 Maryland’s ignition interlock program, which became an all-offender ignition interlock requirement in late 2016, allows the Maryland Department of Transportation’s Motor Vehicle Administration (MDMVA) to monitor participants efficiently and take action against program violators.  The program has allowed more people to keep their jobs and make it to important appointments just by installing and using the Maryland ignition interlock device after a DUI.

Maryland has the ninth highest ignition interlock usage rate in the nation.

An ignition interlock is a device that is installed in your vehicle. In essence, it works like a breathalyzer test. Each time you wish to start the vehicle you must first blow into the device. The device then takes a sample of your breath to test it for the presence of alcohol. If alcohol is detected the vehicle will not start. Once the vehicle is started, random, “rolling re-tests” will be required as long as the vehicle remains running. If alcohol is detected during a rolling re-test, the vehicle will warn the driver to pull over. In addition, the device keeps a record of all test data and the record is forwarded it the court and/or the supervising agency.

When you receive information about the Maryland ignition interlock program, you should be advised of the minimum length of time that you must participate.  However, this time period could be extended if you violate any of the program rules or if you have other driving-related problems.  Also, it is important to understand that you will not begin receiving credit for participating in the program until you have had the ignition interlock device installed and obtained a restricted driver’s license. Some offenders, however, don’t see the beauty in the device and may be looking at the extended time for violations of the Maryland ignition interlock program.

According to the MDMVA, violations of the Maryland ignition interlock program rules and requirements include, but are not limited to the following:

Each time you have one or more violations during a monitoring period, you will receive a letter of notification, and your required time in the program will be extended by one month.  If there is a fourth monitoring period containing a violation, you will be terminated from the program, and your original suspension or revocation will be imposed. If a driver is removed from the program due to violations, he may re-enter the program for the entire originally assigned time, after a minimum suspension period of 30 days. An interlock is a second chance in many ways after a DUI. Remain compliant and you’ll have it removed in no time.

Wisconsin IID Assistance: Half the Cost, All the Safety
Next Post: A Lifetime License Suspension or Ignition Interlock