How Can Colorado DUI Numbers Get Worse?

You are here: Home / News / How Can Colorado DUI Numbers Get Worse?
April 21, 2017 by Editorial Staff 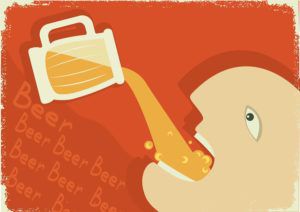 According to a recent study, Colorado DUI numbers are on the rise, ranking above average in the number of incidents recorded by Centers for Disease Control and Prevention (CDC), Department of Transportation (DoT) data, and state sources.  Colorado isn’t alone; DUI  numbers increased last year along with other states across the country.

A Colorado DUI is defined as driving a vehicle after consuming alcohol, drugs, or a combination of alcohol and drugs. The legal per se limit for a Colorado DUI is .08 percent BAC (blood alcohol concentration). However, you can be found guilty of a Colorado DUI and have an ignition interlock requirement even if your BAC is less than .05 percent. Despite tough DUI laws, and the increase in DUI incidents, there is current legislation pending that can make it even easier to reach the Colorado DUI BAC limit.

Right now, Colorado law prohibits the sale of alcoholic beverages for on-premises consumption between the hours of 2 a.m. and 7 a.m. The proposed legislation allows a local government to extend the hours during which alcohol beverages may be sold for on-premises consumption at establishments within the local government’s jurisdiction. MADD is concerned that Colorado DUIs have increased this last year and the new bill will allow for even longer bar hours.  If the bill passes, that means more people will have access for longer periods of time, leaving bars and restaurants when they’re already tired from a long day, on top of possibly overindulging in drinks during that time.

Colorado DUI numbers can only get worse if people don’t think before they head out for a night of drinking. However, that doesn’t mean we can’t do our part to limit the time and availability of alcohol to those who may not be able to make the right call at the end of a long night. Contact your state legislators now and voice your opinion on the dangers of extending bar service hours.