A West Virginia Ignition Interlock Can Expunge Your DUI

You are here: Home / General Information / A West Virginia Ignition Interlock Can Expunge Your DUI
January 31, 2017 by Editorial Staff 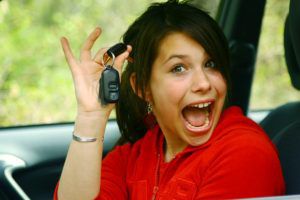 For many crimes, there are often diversion or expungement programs for those who truly commit to making better choices in the future. West Virginia offers a DUI expungement program for that very reason, to allow a first-time offender the chance to make it right again.

Eligibility requirements for the West Virginia DUI expungement program are:

Upon completion of the program, you can have the ignition interlock removed. From there, the DUI charges will be dismissed and you will be placed on probation. Once year later, if there are no problems with your probation and no further DUI problems, your DUI will be expunged from your criminal record. Your driving record will still reflect the DUI, even if expunged from your criminal record.

The DUI expungement allows you another chance, a clean slate to help get you back to your normal life. A first-offense DUI may not have a big impact on your life, like a felony DUI would, but it can still cause problems with housing, employment and other aspects of your life.

West Virginia has a better than average drunk driving rate than the rest of the U.S. The state’s alcohol test and lock program (ATLP) is one of the most comprehensive in the country, no doubt attributing to the lower number of DUIs overall. Being tough on DUI doesn’t mean there’s no room for helping out those who may truly have had a lapse of judgment. When you commit to a DUI-free future, West Virginia allows you the tools to get you there.

What Happens if I Refuse a Virginia Breathalyzer Test?
Next Post: Will Wisconsin OWI Laws Change in 2017?