What Happens if I Refuse a Virginia Breathalyzer Test?

You are here: Home / Laws / What Happens if I Refuse a Virginia Breathalyzer Test?
January 30, 2017 by Editorial Staff 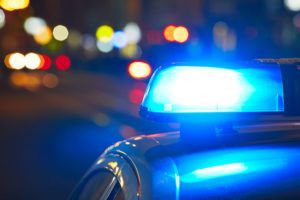 DUI traffic stops aren’t complicated. If you look as if you are driving under the influence, law enforcement will pull you over and conduct sobriety testing along with a breathalyzer test. The Virginia breathalyzer test isn’t something you can refuse, and it is actually a test you agreed to take when you first got your driver’s license. When you refuse the Virginia breathalyzer, you are in violation of the Commonwealth’s implied consent laws, and your refusal isn’t going to help with your DUI case, either.

For any DUI in Virginia, you will be required to install and maintain an ignition interlock device, which means you’ll have to wait out the suspension for your breathalyzer refusal and then fulfill your interlock requirement. Refusing the Virginia breathalyzer means you have a long road back to your independence after a DUI, a mistake too many people make when trying to get out of a DUI. The best way to ensure you don’t have any criminal charges or license penalties or restrictions is to refuse to drink and drive and commit to only driving safely.

Previous Post: « Are You Planning on a DUI or a Safe Ride Home?
Next Post: A West Virginia Ignition Interlock Can Expunge Your DUI