You Agreed to Virginia’s No Refusal Laws

You are here: Home / Laws / You Agreed to Virginia’s No Refusal Laws
May 2, 2016 by Editorial Staff 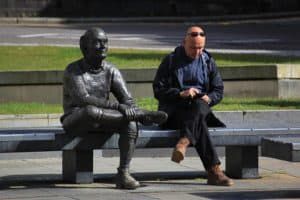 We all take our freedom pretty seriously, and even get a little antsy when we think our rights are being taken from us. Driving, for example, is a part of our lives that seems to define our freedom. But driving isn’t a right – it is a privilege that can be taken from us when we’re not following the rules. Having a license in Virginia is actually proof that we’re okay with not having a license if we break the no refusal laws.

Virginia’s no refusal laws state that as a condition of being a licensed driver, you will agree to submit to blood alcohol concentration (BAC) testing if you’re a suspected DUI driver. This means you’ll have to breathe into a breathalyzer and/or allow a blood draw to test for alcohol (or any substances) in your system, within three hours of being stopped by the police.

If you refuse the preliminary breath testing, law enforcement can use your refusal as probable cause to arrest you. You will also be required to submit to the same kind of chemical testing if you are arrested for DUI in Virginia. If this is the case, you could have an additional year of a suspended license on top of any consequences for a DUI conviction, including a car breathalyzer (ignition interlock) requirement.

At the end of the day we all want to remain as free as possible, which means we make the best decisions possible so we stay out of trouble. Since a refusal to even submit to a breath test can cause you to lose your license for a year per Virginia’s no refusal laws, it makes a lot more sense to stay out of that tough position to begin with. When you know you’ll be drinking, refuse to be anything but safe and responsible on the roads and avoid the penalties of Virginia’s no refusal and DUI laws entirely.

SOMEONE ELSE Failed Your Ignition Interlock Test!
Next Post: Does California Allow Alcohol in Pedicabs or on Bicycles?