Why Do Alcohol Guidelines Change So Often?

You are here: Home / News / Why Do Alcohol Guidelines Change So Often?
April 7, 2016 by Editorial Staff 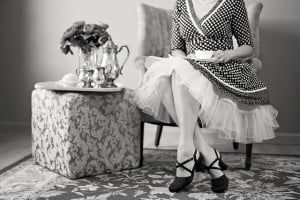 In February, it was no longer safe to drink alcohol, especially if you were a woman who could potentially get pregnant. There could be some wisdom in that recommendation from the CDC, but the reality of a woman of child-bearing age abstaining from alcohol is as absurd as asking a male counterpart to do the same. The good news is that in March, we were able to backtrack on other alcohol guidelines, where “no alcohol” and “moderate consumption” were both the right way to go, and heavy drinking became difficult to pinpoint because of common core math and global warming.

Confused yet? That’s because alcohol guidelines are constantly updating, based on research, alcohol lobbyists and even general curiosity. Those changes and the resulting confusion are just more reasons we’re glad for drunk driving laws and ignition interlock devices. Because no matter how many drinks you consider to be “drinking in moderation,” if your blood alcohol concentration (BAC) is at or above the legal limit, you have no choice but to comply with drunk driving restrictions – like an ignition interlock device requirement.

Alcohol guidelines can vary based upon the subjects that are being studied, like in this latest recommendation for moderate drinkers, where lifetime abstainers may have other health issues at play. The type of alcohol can sway results too, which is why wine is “healthier” to drink than beer, and both of those are better than liquor. What you mix in your drinks matters, from energy drinks to diet sodas. In other words… nobody really knows. There’s no exact science to “healthy drinking.” There is, however, an exact science to responsible driving.

If you enjoy a few drinks to unwind, or while out with friends, you’re probably safe from the long-term effects of too much alcohol. Just make sure that you are also safe from the short-term, drunk driving effect that can change lives forever. When it comes down to it, the best alcohol guidelines may be those that haven’t changed since 2000, and get us to find a safe way home when we’ve been drinking.