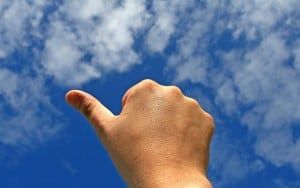 Virginia has no time for people who drive illegally after a DUI. With some of the toughest drunk driving penalties in the U.S., your ability to drive, post-DUI, depends entirely on your dedication to your car breathalyzer or ignition interlock requirement. So much so that if you are caught driving illegally without an interlock, you will lose your car, at least for a few months.

If Virginia can’t make you drive with an ignition interlock, the Commonwealth will take away your vehicle. If you are found behind the wheel of a car (yours or anyone else’s vehicle) and you have a restricted, interlock license, then the vehicle will be immobilized or impounded for 90 days. The owner of the vehicle can petition to get their car back, of course, but if they knowingly allowed you to drive that car, then they could face a misdemeanor charge, too.

Not only that, but if you are found guilty of driving illegally, the “time out” on your vehicle could be extended another 90 days. It may be tempting to go ahead and drive without an interlock, even if just down the street, but your troubles could get a lot worse than if you were just compliant with your court order or DMV requirement.

Imagine the frustration you’ll have then, after working so hard to get past the initial shock of your DUI.

With a Virginia ignition interlock on your car, your freedom is quite literally in the palm of your hand after a DUI. You’re not risking losing your vehicle and your friend doesn’t have to worry about “aiding and abetting” your illegal driving. Plus, you are doing your part to prove that your DUI decision is well in your past and that your future is full of nothing more than responsible choices.

Oklahoma’s Getting a New DUI Database
Next Post: Why Do Alcohol Guidelines Change So Often?