Austin, We Have a Problem: The Rise of Texas DWIs 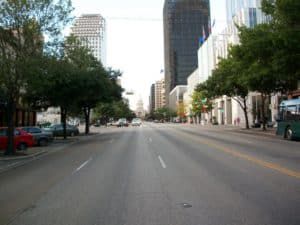 Austin is a true gem in the U.S., a place where music, art, technology and weirdness are celebrated throughout the year. Unfortunately, alcohol has also made its mark on the Austin and Central Texas communities during those celebrations causing rising numbers of fatal Texas DWI accidents and concern in those communities and across the state.

It is difficult to forget the Texas DWI driver who crashed into a crowd of people during Austin’s SXSW festival in 2014, killing four people. He was sentenced to life in prison in late 2015 for his actions, a big reminder that not all drunk drivers are back on the roads too soon and that DWI fatalities come at a heavy price for everyone.

There is good news, however, especially as we all scramble to figure out how to fix the problems with drunk drivers. Texas recently expanded its ignition interlock requirement for convicted DWI offenders, allowing even first-time offenders the option to install the device in order to legally drive once their license suspension has ended. Previously, the devices were only available to offenders who were convicted of a Texas DWI with a high blood alcohol concentration (BAC) or with multiple convictions. That meant a first-time offender could instead just drive illegally without anything to prevent them from drinking and driving again. Now, we have hope that we’ll see the end of rising Texas DWI numbers, and the resulting safe and sober roads we all deserve.

Celebrating Austin and Central Texas culture comes with a small price to pay – celebrating responsibly. Realistically, the recently expanded ignition interlock requirement will help stop more mistakes from being made by taking away a person’s choice to drink and drive. But we can all do our part to avoid a Texas DWI, ignition interlock requirement or a prison sentence by only driving if we are sober and finding a safe, responsible ride home if we’ve been drinking.

Can I Put an Ignition Interlock on a Rental Car?
Next Post: Disappearing DUI: The West Virginia IID Deferral Program