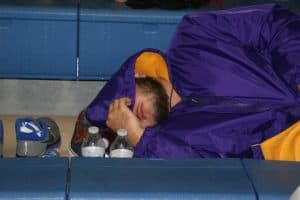 While we want each state to take any drunk driving incident seriously, there are times when a little leniency may be called for. West Virginia, for example, has a really great way to help a first-time DUI offender get through the consequences of their conviction, and possibly come out on the other side without a criminal record.

Once the six-month IID requirement is fulfilled and if there are no violations recorded, the offender will have their DUI charges dismissed and they will be placed on probation. One year later, as long as no other incidents occur, the criminal charges will be expunged. However, the offender’s driving record will retain the DUI information.

The six-month IID requirement and intention to participate in the deferral program is a commitment that must be made prior to any court hearing for the DUI charge. If the offender has any other DUIs on his or her record, a suspension for a DUI or an aggravated DUI, they are not eligible for the program. Commercial driver’s license (CDL) holders are not eligible for the West Virginia IID Deferral Program, either.

While the penalties for a first-offense DUI in West Virginia may not be the toughest in the country, there are still court costs, a four-month ignition interlock requirement and a criminal record to consider. The West Virginia IID Deferral Program allows a DUI without damage or injury the chance to be rectified while the driver has a chance to learn lessons in responsible driving. All it takes is a commitment to staying sober behind the wheel and an ignition interlock to make that West Virginia DUI virtually disappear.

Austin, We Have a Problem: The Rise of Texas DWIs
Next Post: Should Your Driver Use an Ignition Interlock Device?