You are here: Home / Laws / Avoiding a West Virginia DUI is Easy
March 10, 2015 by Editorial Staff 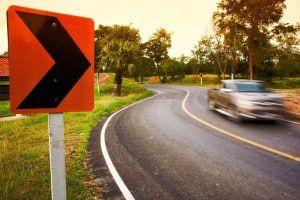 When we notice a police officer sitting on the side of the road, we may take a moment to check our speed, make sure our seat belt is fastened or be sure that we are as compliant as possible with any other rules of the road. The risks we take when driving are choices – whether we speed, run a red light or even if we are drinking and driving and that officer on the road is a sobering reminder to follow the law, so we are all safe.

Nobody looks forward to a DUI in West Virginia. It’s either proof of a one-time bad decision to drink and drive or a sign of a habitual problem that needs to be addressed before someone gets hurt.  Anyone convicted of a DUI in West Virginia will have to enroll in the state’s Alcohol Test and Lock Program (ATLP), possibly install and maintain a car breathalyzer or ignition interlock device, jail time and fines. With those consequences, it only makes sense to avoid a DUI, simply by not drinking and driving.

In 2012, West Virginia had 94 traffic fatalities due to drunk drivers. While that number is lower than in the previous decade, that’s still almost 100 lives lost due to someone thinking they could drive safely after drinking. Too many people think they can avoid a DUI, only to find out they are the cause of a tragedy on the roads.

Most of the time, we’re able to make the right decisions while behind the wheel, especially when it comes to drinking and driving. We know that we’re risking a DUI when we drive under the influence of alcohol so we find a sober ride home. However, for some people, that concept is much easier said than done, resulting in DUI charges at the very least or a life-altering accident at the very worst. Instead of planning to avoid a DUI in West Virginia, remember the consequences may start with an ignition interlock requirement, but, they could end in a disaster for us all.

Kids Don’t Have a Choice: Texas DWI Child Endangerment
Next Post: What is a California Ignition Interlock Failure?