Should Bars Have Breathalyzer Machines?

You are here: Home / Laws / Should Bars Have Breathalyzer Machines?
March 3, 2014 by Editorial Staff 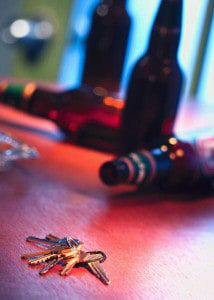 Utah lawmaker Greg Hughes is drafting a bill that would require some bars and clubs to have a breathalyzer machine for patrons to test their blood alcohol levels with before deciding whether or not to drive. Hughes hopes such a bill would reduce drunk driving in the state by helping bar patrons make an informed decision about driving home after drinking.

Patrons would not be required to use the breathalyzer machines, but bars, clubs, and other establishments that primarily serve alcohol would be required to have one and pay for it if they are repeatedly cited for code or alcohol violations. Establishments could also provide the breathalyzers in exchange for lower fines for violations. Otherwise, having the machine would be voluntary.

Hughes also ensures that the bill will protect patrons’ privacy and won’t hold businesses responsible for customers who fail a breath test but decide to drive anyway. Police officers also wouldn’t have access to any data collected by the machines.

The idea is to help patrons, especially younger people who don’t know their limits, see how much alcohol they’ve had to drink before they decide to drive and hopefully deter them from getting behind the wheel if they’ve consumed too much. However, breathalyzer machines mixed with alcohol and a bar environment could easily turn into a toy.

Do you think breathalyzer machines in bars could be useful tools for deterring impaired patrons from driving or would they become a game for intoxicated patrons?