California, the Cost of a DUI is Just Too High

You are here: Home / Resources / California, the Cost of a DUI is Just Too High
July 6, 2015 by Editorial Staff 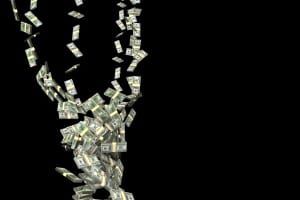 If you think the cost of your favorite beer or cocktail is on the rise in California, imagine how much the costs of a DUI increase each year.  Inflation is reality, and it affects everything from our tax rates and grocery costs to the overall cost of a criminal offense like a DUI. In 2013, a California DUI was estimated to cost close to $16,000, well over the “$10,000 ride” that is typically faced in other states after a first-offense drunk driving incident. Considering California doesn’t even require car breathalyzers or ignition interlock devices for all offenders, that $16,000 is just the start of the financial mess… and then you add in inflation costs and, of course, the emotional cost to everyone involved.

While no drunk driving incident is worth the risk, those increasing costs should be enough to stop anyone from getting behind the wheel while under the influence of alcohol. Yet, not everyone sees the risk of injury, death and financial devastation as real; those expensive drinks lead to dangerous choices each day. If you had a choice between a $20 taxi ride that ensured your safety and the safety of others or a $16,000 financial commitment, what would you do?

In California, a DUI isn’t getting any cheaper, or less dangerous. While the state considers expanding its ignition interlock program for all first-time offenders, the other costs continue to rise even without legislation. We can all find plenty of ways to overspend, but few of those come with the higher price of a DUI. Whether you’re frantic about your budget, or concerned about the safety of others on the road, remember that each time you “belly up to the bar,” you could be looking at more than a $16,000 “bar tab,” – you could be face to face with the full cost of being a drunk driver.