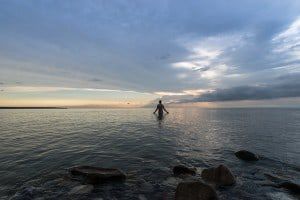 While we may all consider California one of the more forward-thinking states in the U.S., there are a few examples of its more conservative nature, such as its approach to drunk drivers and DUI prevention. California does not have a statewide, all-offender ignition interlock requirement.  Instead, only four of California’s counties mandate ignition interlocks for DUI offenders: Los Angeles, Alameda, Tulare or Sacramento Counties… and for the next year, California intends to keep it that way.

California didn’t quit the mandatory ignition interlock program in those four counties, it actually renewed the program for another year, because it saw the successful outcome from the effort. Not only that, but California had evidence of other interlock program successes as proof that the program was on the right path to reducing repeat DUIs in the state. As M.A.D.D. reported, over one million drunk driving incidents were prevented in pilot programs across the U.S., while other states reported a 30 to 40 percent reduction in fatal DUIs when ignition interlock devices were mandated.

The renewed commitment to sober driving by California is promising for the entire state. The four counties that participate in the ignition interlock program are highly populated, giving lawmakers a good idea of how interlocks could help reduce repeat drunk driving offenses across the state. Considering the role California could play as a role model for the rest of the U.S., the pilot program may jumpstart  the “ripple effect” the entire U.S. needs to follow its lead. If every state had an all-offender ignition interlock policy, imagine the number of lives that would be saved!

Quitters never win, they say, and especially when it comes to DUI prevention. California’s commitment to continuing its ignition interlock program sends a strong message to residents of Los Angeles, Alameda, Tulare or Sacramento Counties about the dangers of drunk driving, and to all other areas of the state… and maybe even the whole U.S.

Jail Time and Virginia’s Habitual DUI Offenders
Next Post: DUI Buzz: Why the NTSB Wants to Lower Our Legal BAC