Can a Texas Ignition Interlock Prevent a DWI Conviction

You are here: Home / News / Can a Texas Ignition Interlock Prevent a DWI Conviction
May 9, 2017 by Editorial Staff 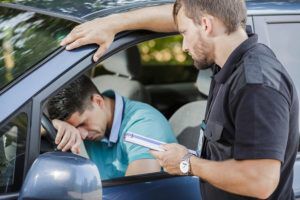 Texas may have a new way to get the attention of would-be DWI drivers: a Texas ignition interlock instead of a drunk driving conviction. Mothers Against Drunk Driving (MADD) approves. In fact, MADD officials think a new law, which broadens the use of ignition devices to stop anyone with alcohol on their breath from taking the wheel, will spark a dramatic drop in DWI accidents and fatalities and the options for individual rights.

The problem with the older law was that people that were being convicted below 0.15 percent BAC and were driving anyway, even with a suspended license. Drivers with BAC levels above 0.15 percent were required to get an ignition interlock, yet if a drunk driver had a lesser blood alcohol content, they had greater restrictions on the ability to get behind the wheel. That didn’t make sense according to MADD and the lawmakers in Texas.

MADD had tried for a decade to get new Texas ignition interlock requirements passed, as it had with more than half the states in the country. The proposed bill would allow a judge to give the first-time DWI offenders deferred judgment, community supervision, and comply with an ignition interlock requirement in a case where there is no injury or property damage. Every time an interlock stops a drunk driver it has saved at least one life (the driver), and countless others of drivers they would have encountered on the roads.

There are always alternatives to drinking and driving – a hotel room, a friend’s house, and a designated driver are all great options that will ensure everyone’s safety. But when safety is a priority, there’s no better way to ensure sober streets than with and an interlock device. Contact you Texas legislators today and support more interlocks.

The Burning Question: How are New Mexico DWI STILL on the Rise?
Next Post: Five Years to Fifty Percent Fewer Maryland DUI Drivers