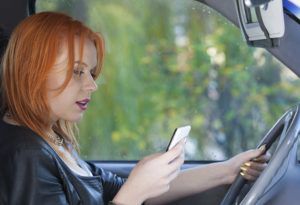 Twitter has a reputation for many things, but there hasn’t been a lot of research about the connection between a 140-character Tweet and a 3-character drunk driving conviction. Of course, with the ubiquitous presence of social media networks, maybe all of those “mommy needs wine” jokes are not just a little comedy, but a realistic snapshot into someone’s relationship with alcohol.

Research indicates that a person who posts about drinking alcohol on social media may have a problem with drinking alcohol in real life. It may seem a simple connection, but when we consider instances of people who have Tweeted or livestreamed their DUI in process, there was probably plenty of other social media activity that we can now say was a “red flag” before driving even became a reality. This doesn’t mean that its Twitter’s fault, of course, but that in an online world where people connect and share lives, it can be fun to share a few drinks with a few million friends. Unfortunately, it can also be difficult on those same networks to take away the keys, or even suggest a safe ride home for the night. Difficult, but not impossible.

Just like IRL (in real life), we can all make a difference when we know a favorite online friend may be headed into trouble with a DUI. Even if we can’t take those keys or call a cab, we can remind our friends and followers that drunk driving is dangerous and there are very real consequences. Like, jail time, court costs and even a car breathalyzer (ignition interlock) requirement at the end of the night. If social media gives us a true look into someone’s problem with drinking, then we should probably take a moment and use our real-world instincts to save lives before more people are “2 drunk 2 care” about the rest of us.

Do I Need an Ignition Interlock Device in Oklahoma?
Next Post: This Taxi Driver Sees Your North Carolina DWI