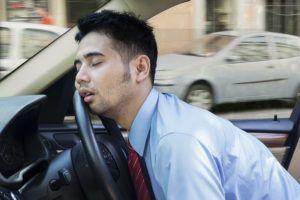 In Arizona, if you’re driving under the influence (DUI) of alcohol, you’ve got a long road ahead of you. The state doesn’t care about why you’re drinking and driving, or even if you just have a buzz. In fact, the state spells out exactly what you’ll face in court when you start drinking, keep on drinking, just can’t stop drinking and/or get behind the wheel of your car after drinking.

Arizona buzzed driving, or tooling around with a blood alcohol concentration (BAC) level of .04-.07 percent is right around the time you start to feel good while drinking. Maybe you’re a little funnier, or you have fewer inhibitions. Technically, a .05 BAC isn’t an Arizona DUI, unless you’re a CDL driver or under the age of 21. However, if you’re acting dangerously on the roads, you can still be charged with a DUI at that BAC level.

Arizona DUI driving, at or above .08 percent BAC, is the legal limit for a drunk driving charge in Arizona. If you are acting completely normal during a traffic stop, or not driving dangerously at all, but your BAC is at or above .08 percent, you are legally drunk. You’ll have a mandatory ignition interlock requirement, fines to pay and possible jail time, among other consequences.

Arizona Extreme DUI, or a DUI at or above .15 percent BAC, is where things get really dangerous. The CDC reported that in 2012, 70 percent of DUI fatalities occurred at .15 percent or higher BAC levels. In Arizona,  you may have to spend time in jail, you’ll definitely have an interlock requirement and will be screened for alcohol or substance abuse issues on top of fines and other costs.

Arizona makes it easy to understand what is in store when you drive under the influence. That should make it even easier to have a plan for a safe ride home if you’ll be drinking.

You Kind of Asked for It: California Implied Consent Laws
Next Post: Know Your Limit: Mississippi BAC and Your DUI