You Kind of Asked for It: California Implied Consent Laws

You are here: Home / General Information / You Kind of Asked for It: California Implied Consent Laws
May 18, 2017 by Editorial Staff 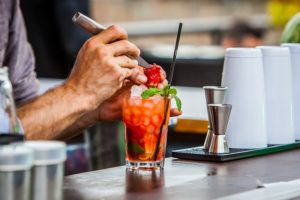 California is going through some big changes, at least where drunk driving and ignition interlock devices are concerned. Next year, the state will implement a full interlock expansion, which means more people than ever will have access to the devices. For some, the idea of an ignition interlock requirement can almost be a challenge to find a way to get out of a DUI, like refusing the initial blood alcohol concentration (BAC) testing. Ironically, refusing BAC testing can lead to violations of California implied consent laws… and an interlock requirement.

When in California, don’t refuse the breathalyzer or chemical blood alcohol concentration (BAC) test, unless you want to level up the possible implied consent penalties.

California implied consent violations tack on the following consequences, on top of any DUI penalties you face:

With the ignition interlock expansion, you may be eligible to drive during your license suspension period if you install and maintain the device. California implied consent and DUI laws encourage ignition interlock devices for those violations, in particular.

There is no challenge in trying to get out of a drunk driving charge or conviction, but if there was, it would happen long before you realized there were blue lights in your rearview mirror. Having a suspended license means you will have more trouble getting to work and other important appointments. If you feel your biggest obstacle to getting home safely is getting caught, perhaps you should go ahead and get a plan together for a safe ride home. Then there’s no consent to anything except a good night’s sleep and retaining your independence after a night out with friends.