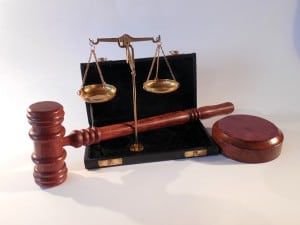 The first time a person is convicted of DUI, they are given the benefit of the doubt in many cases. Maybe they misjudged their level of intoxication or they’ll never drink and drive again after learning such a difficult lesson. Even a second DUI can be forgiven pretty easily, especially when nobody is harmed. Once habitual or chronic offender status has been met, however, there are few who can forgive a consistent pattern of drinking and driving.

If you look at DUI laws in all states, you can see the progression in consequences for each offense. A first offense, while potentially serious, has the least restrictive penalties if there are no aggravating circumstances. From there, each new DUI adds in more court costs, jail time, a longer car breathalyzer or ignition interlock requirement and other mandates. In California, four DUI convictions can lead to a chronic DUI offender status and a felony record. Then, like Angelito Romero, those multiple offenses can lead to a murder charge and conviction.

Most states, including California, have additional penalties for a drunk driving offender who has caused bodily harm, injury or death during a DUI. However, in this case, Romero had to sign a piece of paper that acknowledged he would be charged with murder (not just DUI manslaughter) if he was the cause of anyone’s death while drinking and driving in the future. Unfortunately, that wasn’t enough to keep him from repeating his mistakes, and this last time, it cost his girlfriend her life.

These tragedies are still too common on our roads, and there is little that can stop a determined drunk driver from trying to get behind the wheel. However, ignition interlock devices can prevent their vehicles from starting. As California continues to study the benefits of a statewide, all-offender ignition interlock requirement, we hope that the lives taken each day by repeat and chronic drunk drivers are enough incentive to implement and enforce the use of the devices.