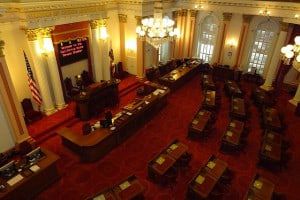 When a solution to a problem is literally within reach, it can be pretty frustrating when people don’t grab it. Like car breathalyzers and ignition interlock devices, for example. While every state in the U.S. has some type of ignition interlock requirement, too many of those states wait until a second DUI conviction happens before that demand is made. California, for example, only requires the device for a first-time offender in four counties (Alameda, Los Angeles, Sacramento and Tulare), while the rest of the state is left unprotected.

That ignition interlock pilot program was recently extended, however, for another 18 months in order to allow lawmakers to study the results. So, that’s progress, and those four densely-populated counties are benefitting from the extension. On April 5, the Senate Public Safety Committee is going to have its first look at SB 1046 to see whether the all-offender interlock requirement is worth exploring across the state.

If the support from San Diego is any indication of where SB 1046 is headed, then perhaps California will rise to the occasion and require interlocks for all offenders. Recently, the San Diego Board of Supervisors unanimously voted to support SB 1046 and the safety of the devices across the state. Since San Diego was one of the counties under consideration for the pilot program, that support shows the result of understanding the science behind the devices and the critical need to implement the all-offender program statewide.

The San Diego Board of Supervisors aren’t the only voices in this fight for safe streets in California. Anyone can send an e-mail or call their state Senator and the Governor of California to voice support for expanding the all-offender ignition interlock program. The solution to safer streets is on the horizon, and you can make a difference in your community by supporting ignition interlock expansion in California.

When Chronic DUI Equals Murder
Next Post: Oklahoma’s Getting a New DUI Database