Complacency a Cause for California DUI Concerns

You are here: Home / News / Complacency a Cause for California DUI Concerns
March 22, 2017 by Editorial Staff 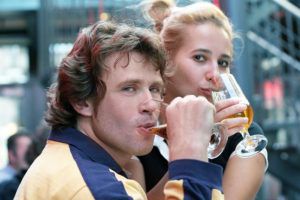 California is reporting a statistic that we want to be shocked about, but know that people are taking it in stride. That’s the problem, the complacency that seems to abound. There was a significant rise in traffic deaths and California DUI numbers last year: over 14 percent. Not only that, but the increase is a pattern in the state, and across the country:

Yes, people are always going to drink and drive, but that doesn’t mean we can’t still stand up against California DUI drivers. This year, the state is working to implement its new ignition interlock expansion law in 2018, which will help to bring those California DUI numbers down. Until then, we can all work together to lower the shock and the statistics that may indicate we’re all too “okay” with drunk drivers these days.

Ignition interlock devices are reducing the number of fatal DUIs across the country, up to 15 percent according to studies.

Requiring ignition interlocks for all drunk-driving convictions was associated with 15% fewer alcohol-involved crash deaths, compared with states with less-stringent requirements. Interlocks are a life-saving technology that merit wider use.

Remember that if you’ll be drinking, have a safe ride home planned before you even leave for the fun. Don’t let your friends hit the road after hitting the bottle. Be safe, and remember that complacency creates chaos in these situations and that when we work together, we can be those changes we want to see in the world, and especially on those streets that bring us safely home.

Previous Post: « How Long Will a Nebraska DUI Stay On My Record?
Next Post: Women Who Drink and the Risks of Alcohol