How Long Will a Nebraska DUI Stay On My Record?

You are here: Home / General Information / How Long Will a Nebraska DUI Stay On My Record?
March 21, 2017 by Editorial Staff 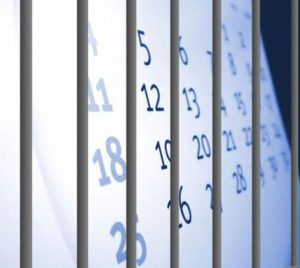 Not all Nebraska DUI convictions are treated the same, which is why when your record begins to stack one drunk driving incident on top of the other, the state increases penalties. However, we drive for several decades throughout our lives, and in Nebraska, that could mean you get a break if you have more than one DUI.

Nebraska has a 12-year DUI lookback period that allows an older drunk driving conviction to fall off of your record. However, that only applies to any convictions outside of those 12 years. If you are convicted of another Nebraska DUI within the 12-year lookback period, your criminal penalties increase, including an ignition interlock device requirement.

Each state in the U.S. has the ability to define a DUI lookback period, as well as statues for felony DUI charges and even the blood alcohol concentration (BAC) limit for a DUI. For instance, Utah is hoping to lower the state BAC limit for DUI to .05 percent, while the rest of the U.S. remains at .08 percent. Nebraska is also one of the states with a three-strike rule for felony DUI convictions, which means a third conviction will cause much more restrictive penalties for the offender.

A Nebraska DUI will stay on your DMV report for several years, per the state’s point system. If you reach 12 points, the DMV will suspend your license. For reference, a first and second offense will assess six points on your license.

If you are worried about how long a Nebraska DUI will follow you around, remember that you have a choice to drive safely, even before you hit the bar. When you have a way to get home that keeps you from driving after you’ve been drinking, you avoid the entire Nebraska DUI dilemma that can restrict your freedom and independence for several years to come.

Impounded? 5 Ways to Lose Your Ride After an Illinois DUI
Next Post: Complacency a Cause for California DUI Concerns