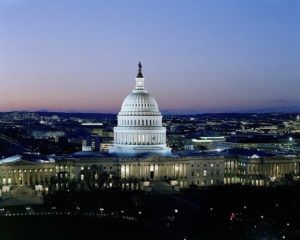 Washington, D.C., politics are always up for a debate, but we can all rest a little easier knowing that at least there will be fewer drunk drivers on the road. D.C. recently joined neighboring Virginia and Maryland in enacting its all-offender ignition interlock policy. Now that there’s no question about what happens if you get a DUI in D.C., we just have one question:

Just what is a Federal DUI?

Because D.C. is the nation’s capital, the problem of Federal DUIs come up regularly, but they are not subject to the penalties of a D.C. DUI. A Federal DUI is a drunk driving offense that occurs in the following locations (inside and outside of D.C.):

A D.C. DUI occurs on the streets of Washington, D.C., anywhere that is not designated federal land in the District. As of November 1, 2016, there is an ignition interlock requirement for all DUI offenses that occur in D.C., just not those on Federal land.

Obviously, there is a wide range of situations that you may confront if you choose to drive after drinking, all of which are just as difficult to take as those blue lights in your rearview mirror. You may live in Virginia and spend your time hitting the D.C. bar scene, but when you’re celebrating in our nation’s capital, your smartest move is to skip the confusing laws and just find a safe ride home.

Don’t Be a Dummy: The DUI Mannequin Challenge
Next Post: Nebraska is MADD about DUI Prevention