Dangers of Alcohol: Exercising Under the Influence

You are here: Home / General Information / Dangers of Alcohol: Exercising Under the Influence
March 3, 2017 by Editorial Staff 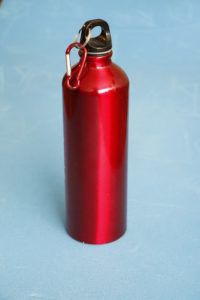 One of the biggest dangers of alcohol is a DUI driver, especially as they affect other lives on the road. Each year there are thousands of fatal DUI incidents (over 14,000 in 2016) and countless other DUI issues like injuries and property damage. For those who live for the gym, alcohol can even have a harmful effect on all that hard, sweaty work. If the danger of a DUI isn’t enough, consider the damage you could be doing to your own body.

Hitting the bar after barre or tossing shots after tossing kettlebells is an influence your exercise goals can live without.

Fitness lovers eat clean, whether you’re a yoga freak, body builder, marathon runner or all of the above. That means no alcohol along with the healthy food choices you make each day. The dangers of alcohol aren’t in the calories (although there are plenty of those), but in the way alcohol affects the brain and body, especially muscles. Your brain is affected by alcohol long after you’ve finished your last drink, making your responses sluggish and less coordinated. That effect can last well into the next day as you battle the symptoms of a hangover and try to sweat it all out on the treadmill.

For bodybuilders and those concerned with muscle density, there are dangers of alcohol you may not have considered. Alcohol reduces testosterone, so building muscle and muscle recovery become more difficult with each drink. That’s not to say you cannot enjoy a happy hour with friends, but as with all warnings of the dangers of alcohol, just do so responsibly.

If nothing else, dangers of alcohol for the fitness world include a DUI, especially as it can limit your ability to even get to the gym. In 28 states, a DUI means you’ll have a mandatory ignition interlock requirement, and not all of those states will allow you to drive to the gym. Keeping the drinking to a minimum is probably the best way to avoid all dangers of alcohol while maintaining a healthy body.