Is a New Florida Ignition Interlock Law on the Horizon?

You are here: Home / News / Is a New Florida Ignition Interlock Law on the Horizon?
March 2, 2017 by Editorial Staff 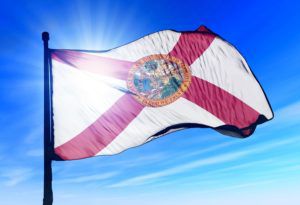 Remember the good old days when you could slowly drive through a Florida DUI checkpoint with your windows up, displaying a baggie of information so that you weren’t screened by law enforcement? That may have worked in 2015, sporadically at best, but 2017 may have a new Florida ignition interlock requirement when you try that same stunt.

Senator David Simmons recently filed SB 918 to increase penalties for anyone who breaks the state implied consent laws. Those are the laws you agreed to when you signed up for your license, that specifically said you would submit a blood alcohol concentration (BAC) sample to law enforcement upon request. If you refuse and SB 918 becomes a law, you will:

Not only that, but if you refuse BAC testing again, you’ll have even higher fines, a mandatory Florida ignition interlock requirement and possible jail time, too. That means that if you try the baggie trick at a DUI checkpoint, or just refuse testing while pulled over by law enforcement, you’re looking at those increased penalties.

Most of us are eager to stay out of trouble, and that means we won’t even tempt fate by drinking and driving. It seems there are plenty of ways to steer clear of a DUI that don’t involve possible jail time, high fines or an ignition interlock device, like having a plan for a safe ride home. It is a lot easier to catch a ride with friends when we’re buzzed than it ever is to find ourselves in front of a judge, trying to explain why we refused a BAC test, or dared to drink and drive in the first place.

Previous Post: « What Makes Mississippi DUI Laws the Toughest?
Next Post: Dangers of Alcohol: Exercising Under the Influence