You are here: Home / Laws / Did You Know? California Implied Consent Laws
September 5, 2017 by Editorial Staff 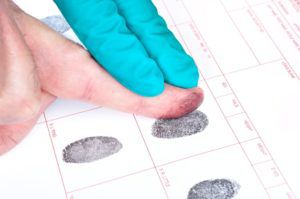 For most of us, it’s been a long time since we first applied for our driver’s license. We may not even remember all the signatures we added to those forms. No matter where we first got our license, we all agreed to be tested by law enforcement if we were driving suspiciously. In California implied consent laws can lead to DUI charges, an ignition interlock or more.

California implied consent laws are used before a person is arrested under the suspicion of DUI, and after. Prior to an arrest, a suspect is given a preliminary alcohol screening (PAS) test, normally by a breathalyzer. If that test indicates a blood alcohol concentration (BAC) of .08 percent or higher, the suspect is arrested and given another test (blood, breath or urine) once in police custody.

Refusing the PAS breathalyzer or BAC test violates California implied consent penalties; testing you agreed to when you applied for your driver’s license.

Violating California implied consent laws adds on the following consequences to any DUI charges that are:

With a suspended license, you may be eligible to drive if you install and maintain an ignition interlock device on any vehicles you own or have access to.

Even if you don’t remember agreeing to the BAC or PAS testing that happens during a DUI stop, you are still responsible for your behavior. That means, your behavior when you know you will be drinking, as well as what you do in the event you are stopped by law enforcement. California implied consent laws keep everyone on the same page with drunk driving, especially those who may think they can refuse a test and get away with drinking and driving.