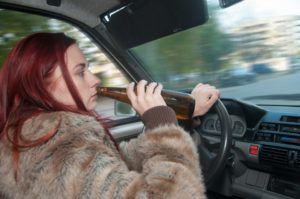 Statistics and percentages can be deceptive, especially when one doesn’t know all the factors in the equation. For instance, when counting Texas DWI dangers, there are three counties that top the “most dangerous” list, but those numbers are not giving us an accurate picture.

Harris County seems to have a high number of DWI fatalities, as would be expected in the county that holds the fourth largest city in the U.S. (Houston). However, in Harris County, a high number of Texas DWIs winds up being just a tiny fraction of the population. So it is actually the smaller counties with fewer DWI incidents that could actually be the most dangerous.

Texas still has a problem with drunk driving, no matter which county is in the spotlight. In 2016, there were almost one thousand people killed as a result of a Texas DWI – around 26 percent of all vehicle fatalities in the state. All Texas road fatalities are on the rise, too, with a 3.59 percent increase documented between 2015 and 2016.

The solution to curbing Texas DWI incidents is better awareness of the problem and solutions to assist getting people home safely. Mandating Ignition interlocks for all drunk drivers has helped many DWI offenders regain their independence after a conviction. Moreover, the prevalence of rideshare services like Uber and SoberRide will continue to provide a third-party layer of protection on the streets. The reality of a Texas DWI, however, is that the danger is 100 percent preventable when we plan before we head out for a night of drinking and fun with our friends.

What You Should Know About a Second Wisconsin OWI
Next Post: Did You Know? California Implied Consent Laws