Did You Want a Tap Dance with Your Florida DUI?

You are here: Home / News / Did You Want a Tap Dance with Your Florida DUI?
November 15, 2017 by Editorial Staff 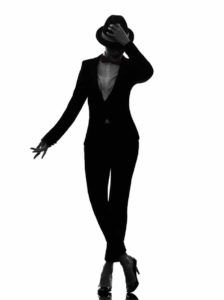 People do a lot of things to get out of trouble with the law. Florida DUI suspects are no different, and while we are pretty excited that this story did not end with a person driving their vehicle into a large body of water to escape law enforcement, there’s still a pretty big (and obvious) moral to the story. No matter what, when you are drinking, do not drive. Also, remember that bribing an officer with a tap dance is just going to get you additional scrutiny, not a chance to show off your intoxicated skills.

Honestly, it isn’t uncommon for law enforcement to be offered tap or any other kind of dances during these investigations. The Florida DUI suspect was stopped because she seemed to be driving erratically (no lights on after dusk). Her blood alcohol concentration (BAC) was well above the legal limit, in a place where it was no shock that the things she said, like offering to tap dance, were to be expected. That same BAC limit is enough to charge her with the Florida DUI, and depending on whether she has any previous convictions, she could also be required to install an ignition interlock device to continue to monitor her BAC and ability to drive safely.

In the future, even at the lower BAC limit, all Florida DUI offenders could be required to install an ignition interlock device.

Florida has tried several times to pass all-offender ignition interlock laws in order to help keep the streets safe from drunk drivers. Tap dancing around the problem (see what we did there?) is not going to implement solutions but will continue to allow people to think their drunk driving behavior is no big deal. Yes, it was only an offer for a tap dance, but the problem is that an intoxicated person was driving around and putting lives in danger, and the final curtain on this performance could have been a killer.

What a Wisconsin OWI Does to Your License
Next Post: Shocking DUI: I’ll Just Put My Bumper Here