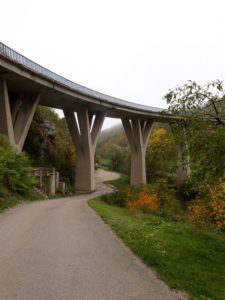 At one time or another, an adult may have asked about whether you’d jump off a bridge like your friend, the one who makes bad choices. Maybe you considered the possibility, maybe you saw how ridiculous your friend was behaving and swore off bridge jumping. Like the man – in Florida, of course – who tried to get out of his DUI field sobriety testing by jumping off an overpass.

Not only did the man personally experience gravity and certain laws of physics when he fell with style about 70 feet down, but he also was in violation of the Florida “no refusal” laws. Those are the guidelines that say a law enforcement officer has the right to require a DUI suspect to provide a chemical sample for blood alcohol concentration (BAC) testing. In the flurry of applying for, and receiving a Florida driver’s license, you may not realize you already consented to the BAC testing, but it is considered a fair exchange when you want to drive. Florida isn’t alone in this, the majority of states in the U.S. have a similar policy.

In Florida, the first time you violate the “no refusal” policy, your license is automatically suspended for a year. That doesn’t take into consideration any DUI charges that you will be accountable for in court. A second refusal will result in an 18-month license suspension, as well as a misdemeanor criminal charge, plus your DUI penalties. You can expect an ignition interlock requirement in most cases, too.

There are plenty of morals to this story: bridges aren’t for jumping, BAC testing isn’t for refusing…cars aren’t for driving under the influence of alcohol. Refusing the facts was the ultimate mistake this Florida man made, and while he may have escaped a deadly situation or two, no doubt he is paying the price both legally and medically for jumping too soon.