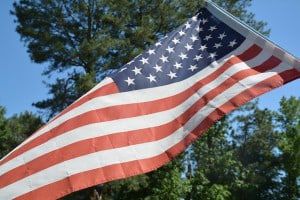 Our thoughts and prayers are with the families and friends who lost a loved one in a DUI/DWI incident.

We usually see the New Year as a chance to make things better in our lives. Unfortunately, before we get to the official start of the New Year, we have to get through New Year’s Eve, say goodbye to the past and affirm our strength for the coming year. Sometimes, tragically, not everyone makes it to the New Year, and instead a family is left to put together more than a plan for the coming year… they have to rebuild their lives without their loved one.

Drinking and driving in Florida comes with stiff DUI penalties because of the danger involved. Even a first-offense DUI in the Sunshine State will cause an offender to lose their license, cough up plenty of money for fines and court costs and even have a lengthy car breathalyzer or ignition interlock requirement. None of that is as bad as the reality of a fatal DUI incident, of course, which is why those penalties exist – to remind us all that drinking and driving can be deadly.

Matthew Deremer, a 31-year old former Marine was unfortunately killed by a drunk driver in Florida, on New Year’s Eve. His Facebook post went viral as a reminder that he was not just a headline, but a human who was (like all of us) prevailing over the troubles in his life. His post went on to affirm that he was going to take on 2016 in a similar manner. He never got a chance to prove his point, and the drunk driver who caused his death now has his own challenges as a result of the incident.

A DUI is preventable, and it doesn’t even take an ignition interlock device to keep the streets safe. Florida wants everyone to drink responsibly and eliminate DUIs on the roads, without a second or third chance. The lives that can be saved when we choose to remain sober behind the wheel are worth the effort, just ask anyone who has been affected by the choices of a drunk driver.