Could a DUI Cost a Million Dollars?

You are here: Home / Laws / Could a DUI Cost a Million Dollars?
February 26, 2016 by Editorial Staff 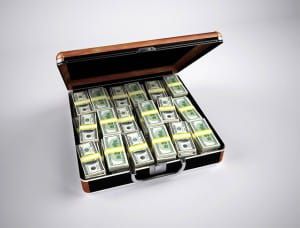 There are countless reasons why a DUI is never a good idea. You could kill someone, or be harmed yourself. You could cause damage to property and you could end up in jail. But, if you are like this DUI driver in South Carolina, you could also be in debt to your victim for a cool million dollars.

Most of the time, the average cost of a DUI or first-offense drunk driving conviction is around $10,000. That’s a high price to pay, even for a first-time drunk driving offense without any damages to persons or property. Depending on your state and the laws regarding drunk driving, you would likely be financially responsible for:

However you could still have to pay punitive damages, on top of your criminal penalties, to anyone harmed when you were driving under the influence of alcohol. In the South Carolina case, the jury awarded $1 million in punitive damages. Those costs are above and beyond reimbursement for medical expenses, lost wages, etc.  So, your “$10,000 ride” could wind up costing you a lot more than a frustrating day in court. You don’t even have to live in South Carolina – more and more states are allowing punitive damages for DUI cases, or at least considering the possibility.

The lesson here is that there are a million reasons to never drive under the influence of alcohol. A DUI is a serious matter, one that gets more attention each year from law enforcement, legislators and lawyers. Instead of facing a daunting list of DUI consequences, as well as a personal injury case in court, you have a better list you can turn to: responsible ways to get home after you’ve been drinking.

Life Hack: Your Kid Isn’t Your Designated Driver
Next Post: The Opposite Effect of the New Texas Ignition Interlock Law?