You are here: Home / Laws / State Spotlight: Interlock & DUI Laws in Virginia
May 6, 2013 by Editorial Staff 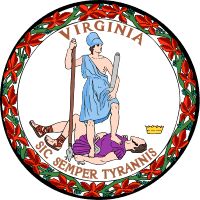 The state of Virginia prides itself on its tough drunk driving laws. However, in 2011, the state’s number of DUI convictions was 28,162. Though its the lowest rate of DUI convictions Virginia has seen since 2004, the rate of convictions has hovered under or just above 30,000 for almost twenty years.

In 2012, Virginia became the 16th state to enforce one the strictest drunk-driving laws in the nation: mandatory ignition interlocks for all convicted drunk drivers, including first-time offenders. State legislators enacted the law in the hopes that the mandatory use of ignition interlocks will be just as successful at reducing DUI convictions and repeat offenses in Virginia as it has been in other states.

Drivers in Virginia are charged with a DUI if they drive or operate a motor vehicle, moped (on public highways), boat or watercraft, engine, or train with a blood alcohol content (BAC) of 0.08 or higher. All convicted DUI offenders are required to pay a fine and participate in an alcohol safety action program, and most face jail time. Fines and jail times increase with each subsequent conviction and are higher if the offender’s BAC is at least 0.15.

First-time DUI convictions are punishable by a minimum fine of $250 and:

Two convictions within less than five years is punishable by a minimum fine of $500 and 20 days to one month in jail. The minimum jail time for a second conviction within five to ten years is 10 days. All second-time offenses with a BAC of at least 0.15 are punishable by a $500 fine and:

Three convictions within ten years is a Class 6 felony punishable by a minimum fine of $1,000, at least 90 days in jail, and permanent forfeiture of the offender’s solely owned and operated vehicle. Jail time increases to six months if a drunk driver is convicted three times within five years. Four or more convictions within ten years is punishable by a minimum fine of $1,000 and at least one year in jail.

If the drunk driving offender had a passenger of 17 years or younger in the vehicle, the offender pays an additional $500 to $1,000 fine and spends an additional 5 days in jail.

If the drunk driving offender is under the age of 21 and had a BAC of at least 0.02 but less than 0.08, sentencing includes a one-year driver’s license suspension and either a minimum fine of $500 or 50 hours of community service. Penalties for a BAC of 0.08 or higher are the same as those for drivers over the age of 21.