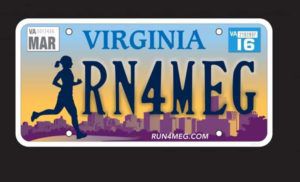 Virginia is known as the state for lovers. It has a huge number of battlefields and an interesting landscape from the Appalachian Mountains to the Atlantic Ocean. It also has the largest number of personalized license plates available in the country, something Virginians joke about, since it is rare to see a plain plate in the Commonwealth these days. The newest Virginia DUI plates, however, are no joking matter but a reminder that the best drivers are always sober and responsible.

DUI plates are commonly thought of as punishments for drunk driving, not tools for awareness of the problem.

Virginia has a tough policy for drunk driving, but that doesn’t include DUI plates like in Ohio or Minnesota. Virginia’s take on a DUI is if you are convicted, even of a first-offense with a low blood alcohol concentration (BAC), you will be ordered to complete the VASAP program and you will have an ignition interlock requirement.

When we remind each other to be responsible drivers, we’re doing a service in our communities and across the country. Some DUI plates remind us that we made a mistake when drinking, and that we are lucky to be able to drive when so many victims of drunk drivers no longer have that option. DUI plates like those in Virginia remind us that we have choices we can make each time we head out for a night of drinking. We’re proud of Virginia’s dedication to stopping drunk drivers, and to allowing so many special plates as options to advocate for those causes. You don’t have to have a DUI plate to be a safe driver in the state, just a safe way to get home if you’ve been drinking.