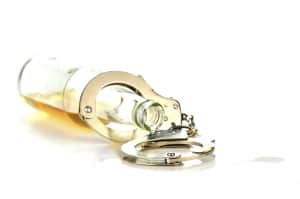 Drunk drivers in Louisiana can expect to face tougher penalties for driving while impaired (DWI) as a new set of DWI laws go into effect on August 1, 2014 and January 1, 2015. The new laws address the look-back period and mandatory sentences of some DWI offenses.

The first law, which goes into effect August 1, addresses look-back periods. Under current Louisiana DWI laws, convictions for causing the death or injury of another person due to DWI are cleansed from offenders’ driving records after 10 years have passed. The new law removes this look-back period entirely so that such convictions stay on offenders’ records.

Under the second law going into effect on August 1, first and second misdemeanor DWI convictions must appear on offenders’ driving records when their sentences are suspended and they are placed on probation. However, a conviction can be removed from an offender’s driving record once the Department of Public Safety and Corrections receives notice of a case’s final dismissal.

The third law, which goes into effect January 1, came about after a 2013 Daily Advertiser investigation discovered that few DWI offenders in Lafayette Parish spend time in jail despite state laws requiring mandatory jail time. Investigators found that charges are often dropped or reduced and that judges often suspend sentences or sentence offenders to house arrest in place of jail time. However, starting January 1, the mandatory minimum sentence for fourth-time DWI offenders can’t be suspended.

The law also sets a fine of $1,000 for DWI offenders who commit a second offense within a year of their first. Third-time DWI offenders who previously received parole, probation, or suspension of sentence, will face a fine of $2,000, two to five years of jail time, and at least two years without benefit of parole, probation, or suspension of sentence after a subsequent conviction. The offender also can’t serve time under home incarceration unless new conditions are met.

Previous Post: « The Risks of Tampering With Your Ignition Interlock
Next Post: Maine’s Tougher DUI Law Goes Into Effect »