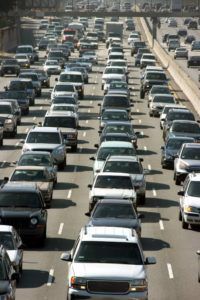 In 2016, California took a big step forward in improving its road and car safety laws. Not only did the state ban handheld devices (they need to be attached to the vehicle if used as a GPS, for example) but the state voted to expand ignition interlock access.

Those laws both went into effect on January 1, 2017. The handheld device law is much easier to expand in the state, as it will probably be part of any regular traffic stop investigation. In order to remain compliant, it is important that you secure any devices you’re using to your dashboard or windshield, or that they are stored where your hands cannot operate them while you drive.

The expansion of interlock access in California just proves how valuable technology can be in saving lives and keeping criminal acts at a minimum. As the state prepares to enforce the new interlock law in 2018, we imagine there will be plenty of awareness opportunities that not only spell out the dangers of DUI but also the consequences for drunk driving. Both distracted driving and drunk driving are dangerous, and we are thrilled that California has taken on the problems in order to keep the roads safe for us all.

Are You an Arizona Super Drunk?
Next Post: Colorado Has High BAC DUI Problems