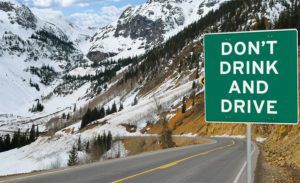 If you’ve been charged with a high BAC DUI in Colorado, it actually means your blood alcohol concentration was well over the legal limit and not the other “high” we tend to associate with Colorado. That’s not to say you cannot get a DUI for the other high – but a high BAC DUI carries more serious consequences than any regular DUI charge.

Colorado’s high BAC DUI problem is becoming a big deal. Convictions for a high BAC DUI are common, with the amount of alcohol equaling more than twice the legal limit. Since the law states that anyone with a BAC at or above .15 percent is labeled a “persistent drunk driver” and must install an ignition interlock device, we would hope to see a reduction in those numbers. However, the average BAC in El Paso and Teller counties is reported at .168 percent, giving more offenders the responsibility of installing and maintaining an ignition interlock than before.

42-1-102(68.5), based on an offense that occurred on or after July 1, 2004, shall be required to hold the interlock-restricted license for at least two years following reinstatement before being eligible to obtain any other driver’s license issued under this article.

In the total cost of a DUI, it has been estimated to cost around $10,000, including the interlock. Colorado’s even has a high cost for a DUI: at least $3,000 more than average. High BAC equals high cost. That’s the kind of math that says we should all just call a cab for a ride home.

There’s a lot of highs in Colorado, from the mountains to the state’s recreational opportunities. Driving under the influence shouldn’t be counted in that list of uplifting events in the state, but a reason to find ways to help prevent any rising statistics, due to high BAC or any other intoxicating substances.