A Daytime DUI is No Less Risky

You are here: Home / General Information / A Daytime DUI is No Less Risky
December 14, 2017 by Editorial Staff 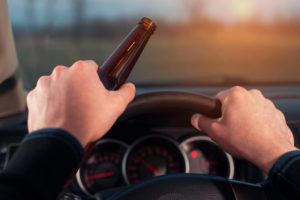 Daylight makes things pretty obvious, even to the most inexperienced of drunk driving sleuths. We can usually tell that the driver swerving across the lanes ahead of us, or straddling the white line for the last mile, has probably had a few too many brunch mimosas or lunch break lagers. At night, it can be a little more difficult to spot the DUI driver, until we are right in their line of fire. The old adage about it being five o’clock somewhere may prevent more of the daytime DUI problems than we know, but it certainly does not stop a person from drinking and driving once the sun goes down.

No matter when a DUI happens, a lot of danger rides along with it.

In 2016, only nine percent of fatal crashes were attributed to daytime DUI drivers. At the same time, 30 percent of nighttime crashes were the result of drunk drivers. There are conflicting theories behind the difference in DUI numbers reported, perhaps because more daytime DUI drivers get away with their behavior, appearing less dangerous because we can see them coming (or swerving ahead).

DUI drivers who head home after a night of drinking make up the majority of problems, especially those who spend their weekend nights at a bar and then get back on the road. The hours between midnight and 3 AM on Saturday and Sunday mornings are the absolute most dangerous time to be on the road, because of drunk drivers. It could very well be the combination of hours spent drinking alcohol on top of regular fatigue from the day that increases the danger. No matter the “why,” there is only one way to prevent a problem from occurring: never drive if you have been drinking.

A daytime DUI is no less dangerous than one that occurs at night. Both can cause injury or worse to others. Both will cause the same penalties, including a possible ignition interlock requirement for the driver.

Be the Light and Drive Sober this Hanukkah!
Next Post: Live Like a Jedi and Avoid a Star Wars DUI