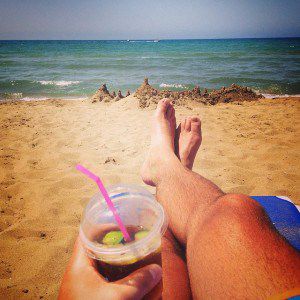 Oh, Florida, land of “hurricane headlines” that describe not the weather but the intoxicated state of some residents. You failed to take some recent suggestions to heart, and while we understand that all great changes take time, we hope that 2016 isn’t the end of your efforts to expand the ignition interlock requirement for drunk drivers in your state.

Currently, Florida DUI law says that a first-time drunk driver with a low blood alcohol concentration (BAC) level may not have an ignition interlock requirement after a conviction. Florida had two bills, SB 1244 and HB 555, that were intended to change the way the state handles drunk drivers for the safety of all residents, but lawmakers just weren’t motivated to consider the bills. SB 1244 and HB 555 are dead for this session, leaving the streets unprotected from drunk drivers who have statistically driven under the influence an average of 80 times before that first conviction.

With an all-offender ignition interlock policy in Florida, all drunk drivers would be kept from repeating a crime – one that they’ve probably gotten away with dozens of times already. By mandating interlocks from the first conviction, legislators would be drawing a line in the Florida sand and saying that there’s no reason for anyone to have a free pass to drink and drive again. 25 other states already have these laws in place, and most have shown a remarkable drop in drunk driving. Plus, both SB 1244 and HB 555 require only a six-month interlock period, anyway – enough time to learn lessons and still not have the device become an overbearing aspect of life.

Since the Florida legislature is on a break, now is the time to gain some momentum before they’re back in session. Contact MADD for information and get some ideas on how to push for an all-offender ignition interlock law and help make 2016 the year of safe roads across the Sunshine State.

West Virginia Business Sued for Employee DUI
Next Post: Boating While Drunk Could Get You an Ignition Interlock — On Your Car!