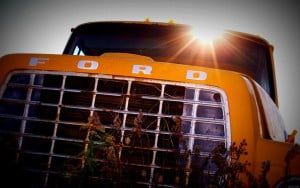 When it comes to the blame game, a DUI may have an obvious culprit – the drunk driver. But, in states where there are dram shop liability laws or punitive damages, the DUI offender may not be the only guilty party. Sometimes a person allowing a friend to drink and drive can be held accountable for their actions (or inaction) in the course of a DUI. In West Virginia, a business may be facing the same situation for allowing an employee access to a company vehicle, with $500,000 on the line if the company is found liable for the employee DUI.

West Virginians who allow their vehicle to be knowingly driven by an intoxicated driver can be charged with a misdemeanor. That conviction also carries a maximum jail sentence of six months and fines between $100 – $500. The lesson is that if your friend is intoxicated, you shouldn’t let them drive your car – or any car, for that matter.

In the case of the business being sued, there is an assumption that the business knew the employee DUI offender either had an alcohol problem or that he was intoxicated at the time he was driving a company vehicle. Even if the employee had an ignition interlock requirement that would have indicated a DUI problem, West Virginia has an exemption for offenders who need to drive as a part of their job – but on the job site only. So the business may not have known there was a problem, and will likely be taking steps to assure this situation never happens again, regardless of the verdict.

In the case of an employee DUI, the blame rests on the driver more than the business or any other party in the incident. But just like a bartender who is held accountable for a drunk driver, an employer could be in the line of fire for failing to stop their employee from making a potentially deadly drive while on the clock.