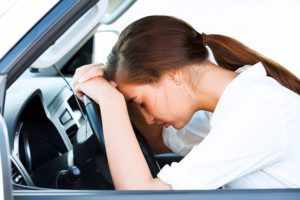 Been there, done that, have the criminal charge to prove it? A Florida DUI suspect accidentally drove through a parking lot that evidently had no parked cars, except the one she managed to hit. This, of course, was after drinking “just a couple” glasses of wine.

This isn’t just another Florida DUI story. This is a typical DUI story across the U.S. The suspect only had a few glasses of wine (she claims two) before speeding off through the parking lot. Eventually, she slammed into a parked car that came out of nowhere. In reality, the woman had a reported .188 percent BAC (blood alcohol concentration), which is well over two times the legal Florida DUI limit. In comparison, two glasses of wine would normally hit a woman of average size at around .07 percent BAC. The legal limit is .08 percent BAC.

Parked cars are often named as a Florida DUI danger, as well as in other states with parking lots, cars and people who feel “okay to drive” after drinking.

If there was ever a reason to be cautious when drinking, it is those pesky, parked, out-of-nowhere cars that are always hiding in parking lots. Or, perhaps it is the consequences for a Florida DUI, or any drunk driving offense, no matter where you live. If you know you’ll be drinking alcohol, plan for a safe ride home that night, or just have a plan in place in case you “accidentally” end up drinking so that you don’t “accidentally” run into a parked car that appears seemingly out of nowhere, too.