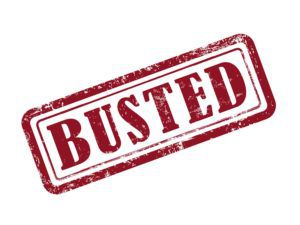 The Florida ignition interlock expansion bill may have died in the state legislature again this year, but that doesn’t mean the state is out of DUI headlines. In case you missed the big news about a certain sports professional’s DUI, we’ll just say he’s not out of the woods quite yet and is facing quite a long road ahead. However, the criminal charges aren’t related to blood alcohol concentration (BAC), but a Florida DUI from drugs or controlled substances.

Florida DUI-D or a Florida DUI, both have the same consequences.

Driving under any influence is dangerous, but some states will have different consequences for each type of offense. For instance, in Colorado, it is possible that you’ll have an ignition interlock requirement if your DUI is marijuana-based. Florida makes no differentiation between a DUI that is the result of alcohol, drugs or a controlled substance. The result is the same, too: court costs, fines, possible jail time and a suspended license. In some cases, you could be required to install an interlock.

Obviously, the solution to avoiding a Florida DUI, either drug- or alcohol-related, is to have a plan to get around town if you’ll be drinking, taking medications or any other controlled substances. There are no mulligans once the damage is done, even if a DUI is without incident. We may not see Florida ignition interlock expansion happen for another year, but that doesn’t mean we cannot all do our part to keep the streets safe. Take the celebrity Florida DUI headline as an example of how we can all do better, and then let’s play through to the end of the round.