You are here: Home / News / From Illinois DUI Victim to Designated Driver
February 14, 2017 by Editorial Staff 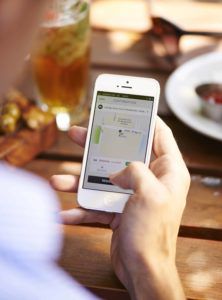 Two out of every three people in the U.S. will be affected by a drunk driver and their choice to drive under the influence of alcohol. Some of those affected people go on to become advocates for stronger drunk driving laws. Others, like this dad of an Illinois DUI victim, become legendary DUI heroes.

On-call designated driver services have been around for decades, but not all areas have had consistent access. It isn’t always easy to get the information out to others about the services, or they’ve been expensive or only available during peak times, like the holiday season or after the Super Bowl. Rideshare services like Lyft and Uber have made it super easy to call for a safe ride home when drinking, making on-call designated drivers a reality on our roads. That’s where our DUI dad put the pieces together to prevent others from sharing his pain, while setting a heroic example for others to follow.

DUI rates seem to fall when rideshare services like Uber or Lyft are available.

Illinois already has a good handle on the DUI drivers in the state. There are strict consequences for all DUI offenses, including an all-offender ignition interlock requirement. Even MADD can’t complain too much about the state, citing only a need for stronger enforcement of current laws in its annual report released in November 2016. With such laws already in place, the remaining responsibility to keep the streets safe falls back on each of us, a lesson our DUI hero knows all too well.

Being a designated driver may seem like a literal buzz kill, but it saves lives with each safe ride given to friends or rideshare customers. With all of the options to find a safe way home, it seems that the choice to be safe on the roads is a lot more clear, thanks, especially, to our designated driver DUI heroes.