Will Florida DUI Victims Speak Out?

You are here: Home / News / Will Florida DUI Victims Speak Out?
February 13, 2017 by Editorial Staff 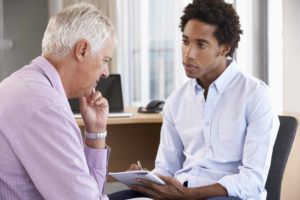 Florida may seem like a state gone wild, but the DUI and other headlines don’t tell the full tale. Florida actually has pretty strict drunk driving laws in comparison with other states. MADD even gave it a four-star rating, citing one major improvement to be made: all-offender ignition interlock laws. Until that happens, MADD also supports victim impact panels as a consequence for DUI offenders. Coincidentally, this year Florida may be adding victim impact panels to its range of DUI penalties.

Last year, Florida ranked almost at the top of the “best drivers in the U.S.” list. No joke.

If Florida adds victim impact panels to those consequences, restoring driving privileges could be based upon attending the panels, as is common in other states.

Victim impact panels give victims the chance to speak directly to DUI offenders, hopefully humanizing the other side of the experience and eliminating any further drunk driving incidents. In face-to-face meetings, Florida DUI offenders could face victims of drunk driving accidents, their families or loved ones. Victims are given the opportunity to tell their stories and how a drunk driver has impacted their own lives and families, in a non-judgmental or confrontational setting.

Supporting stronger Florida DUI laws is a smart choice, even if the roads aren’t as dangerous as the headlines may indicate. Smarter still is not having to worry about the consequences, laws and victim impact panels you could face if you drink and drive. Studies show that a person who has a plan to get home when drinking will end up safely in bed at the end of the night.