You are here: Home / Resources / Habitual Drunkards and Virginia’s Order of Interdiction
June 8, 2015 by Editorial Staff 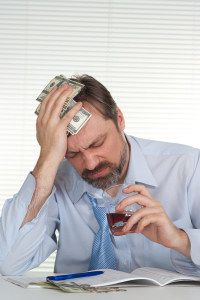 Having multiple drunk driving offenses is an indication of an unhealthy relationship with alcohol, at best. It’s pretty common for a first-time DUI to be excused, in a sense, as a lapse of judgment or the result of someone not knowing how to determine their own level of intoxication. After that, eyebrows raise and legal issues intensify, even in states like Virginia where all DUI offenders face car breathalyzer or ignition interlock requirements, court fees, jail time and probationary programs. When all else seems to fail, an offender with multiple DUI convictions in Virginia not only will be incarcerated, but, they could also be banned from buying, consuming or possessing alcohol in any form, through an “Order of Interdiction.”

Virginia’s Order of Interdiction says that if an offender proves they are a habitual drunkard by continuing to commit alcohol-related crimes, they have to stay away from alcohol in all forms. The Order of Interdiction works as an extra measure of safety, even for those with an ignition interlock requirement, because if they are caught with alcohol (in hand or in their blood content sample), extra penalties are handed down. As a matter of public safety, an Order of Interdiction reminds a habitual drunkard that they just aren’t trusted to be responsible with alcohol any longer, and any attempts to get around the Order will probably lead directly back to jail.

It is easy to think that with court monitoring, alcohol treatment programs and ignition interlock devices, a person struggling with alcohol addiction would begin to make better choices. Unfortunately, alcohol addiction and abuse still remains a big public safety issue, and a hard habit to break for many. Removing the ability to drink through a court order may be a last resort, but, in some cases, it is the only way to really be sure that a person is on the right path to rehabilitation, and not a danger on the road on the way there.